Palestine at the ICC: Justice Delayed is Justice Denied

The Prosecutor of the ICC has been formally investigating alleged crimes that took place in the Occupied Palestinian Territory since 01/03/21. Delayed justice is justice denied, and urgently needs critical discussion and action. Come by to hear from several experts on the topic including three human rights advocates from Palestine, and two international legal experts.

The territory being investigated includes the West Bank, Gaza, and East Jerusalem and covers crimes committed by all sides to the conflict. This followed a decision of the Pre-Trial Chamber of the International Criminal Court (ICC) on 5 February 2021 that the Court undeniably had jurisdiction over the territory. Hence, the Prosecutor of the ICC announced on 01/03/2021 that their office would formally open an investigation into alleged crimes that took place, besides the crime of apartheid.  The period of time that the Court is conducting its criminal investigation dates back to 13/06/14, which is the date when the matter was formally referred to the Court, up until the present day. From that point onwards, the Court has been gathering evidence from Palestinian, Israeli, and international organizations, United Nations officials, and independent experts. However, there is still little apparent progress on the Palestine situation.

The experts speaking at the discussion are:

The moderator of the event is Jeff Handmaker, Associate Professor at the International Institute of Social Studies, Erasmus University Rotterdam  (The Hague Campus).

The event will also be live-streamed, register through the button below. 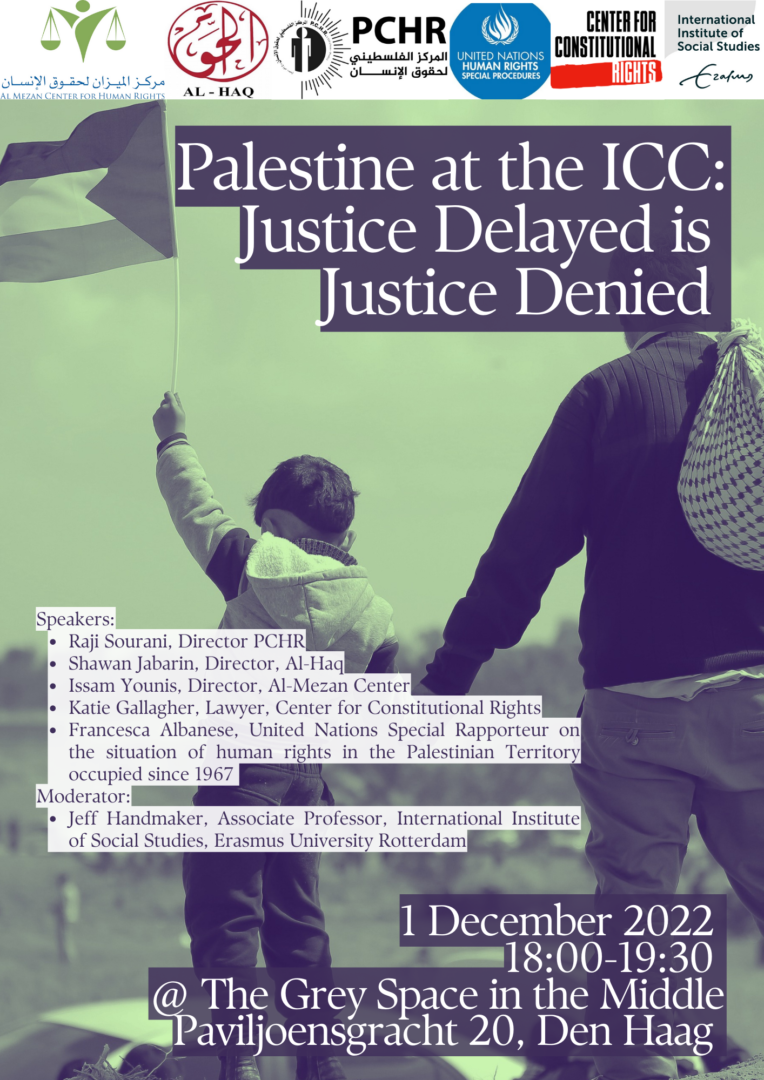